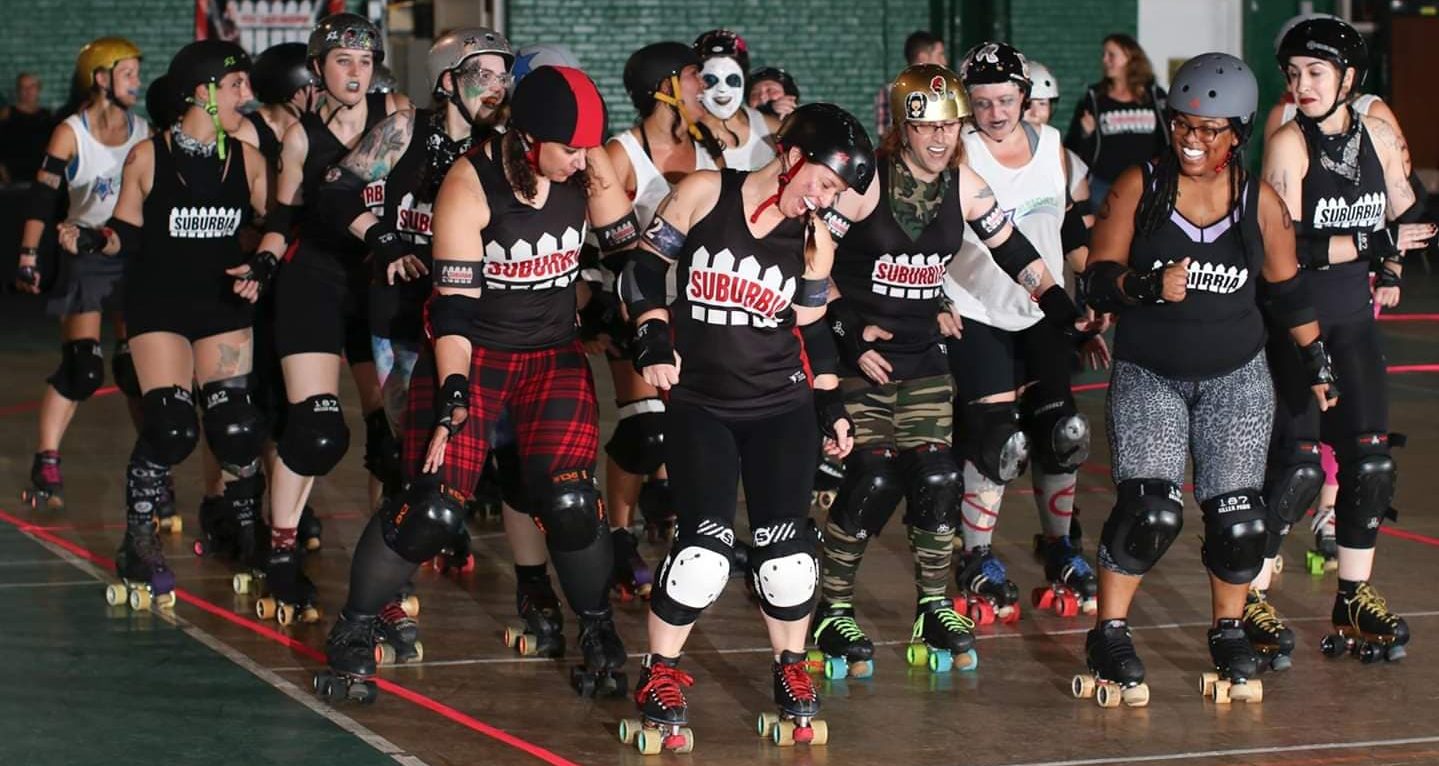 Come along with us on a magical journey through Suburbia’s 11th year!

Suburbia welcomed lots of new Fresh Meat-y faces to the league through the spring and fall tryouts. You may have even seen a few of them skating in the last Bullies bout! Suburbia members also skated in Yonkers’ St. Patrick’s Day parade, Nyack’s Halloween parade, and New Rochelle’s Thanksgiving parade. And we were representing at Yonkers’ first-ever Pride Festival and Hogs for Hope, benefitting the Ronald McDonald House. Some of us gave blood and some of us helped clean up Saw Mill River. Oh, and we tried curling, escaped from a room, lit a Christmas tree, and watched a movie (then talked about it on a podcast). Sound like fun? We’re always welcoming potential new skaters to come to our monthly Skate It Outs to put some skates on and get a feel for the sport.

And now for the bouts! The season began in April with Suburban Brawl tangling first with Assault City and then the Albany All-Stars. Neither bout resulted in a victory, and Brawl’s rough patch continued in a non-sanctioned away game against Hellions of Troy.

But by June the tide had turned! The Backyard Bullies defeated Firestorm Roller Derby at home in their first bout of the season. Their winning streak continued against Albeonta, a mashup team made up of members of Albany and Hill City leagues, and the Bullies finished their season with an undefeated record.

Brawl returned from summer break ready to turn things around with new coach Lash O’Ninetails. In September, Brawl earned their first win in an away bout against Jerzey Derby Brigade. The final bout of the season saw Brawl traveling to Delaware to take on Diamond State. After a hard-fought battle by both sides, Brawl emerged victorious.

Brawl finishes the season with a sanctioned record of 2-2, jumping 31 spots in the WFTDA rankings.